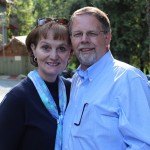 Bob and Katherine both grew up in Western Washington. They joined the NICE family in 1982 and Bob has served pastorates in Keyport, WA; Culdesac, ID; and Hailey, ID. In 2002, they returned to their home area to assist and encourage NICE missionaries in Western Washington and Alaska as Washington and Alaska Field Director. On October 1, 2010, Bob assumed responsibility as Executive Director of NICE. Contact Rodgers here. 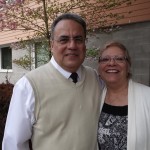 After working as church planters with First Fundamental Bible Church of Monterey Park, California, the Córdovas came to the Pacific Northwest in 1994. Since 1994, they have been instrumental in beginning 6 Hispanic churches here in the Northwest. In addition to planting churches, they began a School of Ministry in 2007 to train Hispanic pastors and Sunday school teachers. In addition to overseeing Hispanic Ministries, Jesus currently pastors Iglesia Cristo Vive in Salem, OR. Contact Cordovas here. 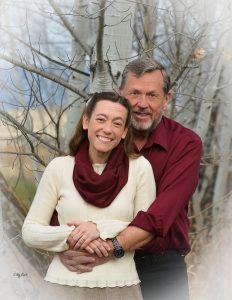 Roger, with his wife Karen brought many years of pastoral ministry in Idaho, Washington, and California before Karen went home to heaven after a battle with cancer in 2012. The Lord has blessed Roger bringing Emily into his life and they were married in February of 2018. In addition to service as Inland Northwest Field Director, Roger also serves as pastor of Cambridge (ID) Bible Church. Contact Roger here. 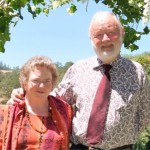 Since 1967, Jerry has served with NICE as Missionary Pastor, Field Director, and on loan to establish a church-planting mission in Alabama. Oversight of NICE work in Oregon is now his chief ministry responsibility. Jerry and Lois currently live in Lebanon, OR and help in the ministry at Calvary Community Church in Albany, OR. Contact James’ here. 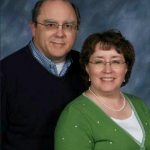 Bob and Judi Allen joined the NICE family in 1992 after serving two terms as missionaries in Belgium. Bob’s responsibilities with NICE have included Ethnic Ministries Director and Financial Officer. Judi worked in the NICE office and then for many years as secretary at Edgewood Bible Church (formerly Valley Bible Church). For the past 10 years they have been assisting at Hobart Community Church, WA as Church Team Missionaries. Contact Allens here.